Carlos Valdez is an actor and musician originally from Colombia. He began his career with the theater, participating in musical productions. Carlos made his debut on television when he got into the cast of the series "Arrow". To date, the artist is actively working in television projects, trying himself as a producer and composer.

Carlos Valdez was born in the town of Cali, which is located in the western part of Colombia. The date of his birth is April 20, 1989. Carlos ' family did not live well, his parents were constantly looking for an opportunity to improve their financial situation. Because of this, Carlos, along with his mother and father, repeatedly moved from one city to another. The boy studied at various schools, and because of the constant change of residence, he could not get friends in any way. In his teenage years, Carlos became seriously interested in creativity and art, and this helped him overcome a period of depression caused by an unstable life.

Facts from the biography of Carlos Valdez

Valdez left his hometown with his parents when he was five years old. The family moved to Miami. Then, as soon as Carlos turned twelve, he moved with his mother and father to the American state of Georgia. There the family settled in the city of Marietta. After Carlos a few more times I have a place of residence.


His passion for art began with music. The boy liked to play musical instruments. During his school years, he began to try himself as a composer, author of poems for songs and as a vocalist. Thanks to his natural talent, Carlos entered a music studio, where he studied playing the ukulele, piano, percussion instruments and bass guitar.

Carlos began to show an interest in theater and performing arts in high school. As soon as he graduated from school, the young man got a job in one of the theaters. At that time, he mainly played in musicals, his staged voice and possession of a number of instruments favourably distinguished him from other young artists.

The first serious success came to Carlos Valdez when he was approved for one of the roles in the musical production of "Once upon a Time". The young man was involved in this performance for a year. The musical premiered in 2013. And in 2014, this production was nominated for the prestigious Tony Theater Award.

Despite the fact that Valdez firmly decided for himself that he would devote his life to art, he still continued to receive an education. Carlos was a student at the University of Michigan. 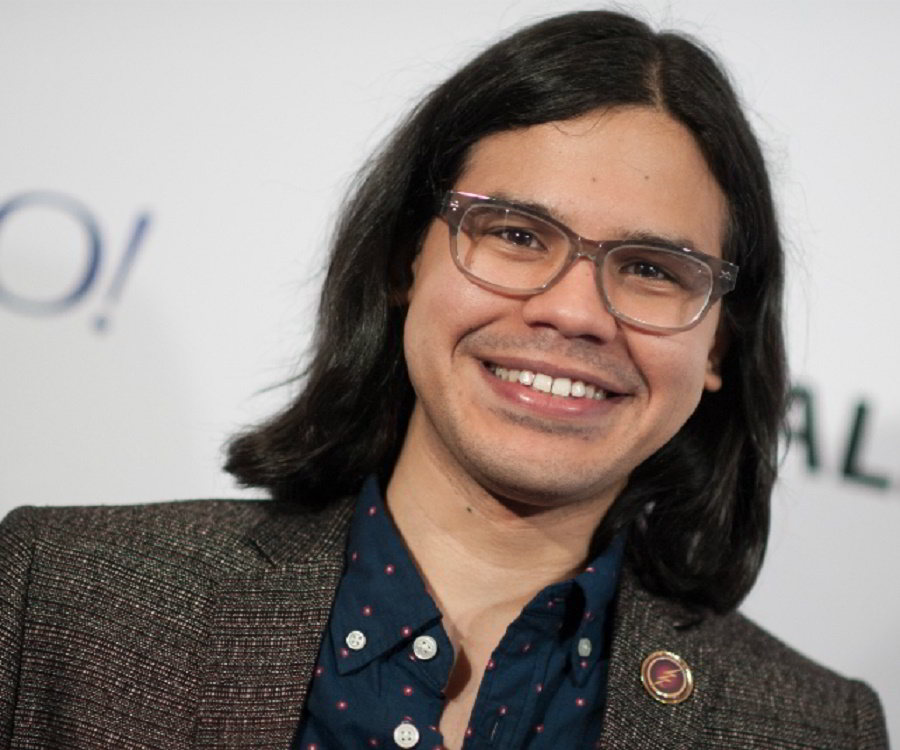 Now Carlos Valdez is quite a popular young actor, whose filmography is not very rich yet, but it is only a matter of time. However, Carlos still has a love for music. He is the author of several songs, some of them were heard in projects in which the actor played. For example, Valdez worked on the film project "Me and My Dick" as a composer. However, the artist does not plan to develop in the musical direction at the moment.

Career development in film and television

The path to cinema and television began for Carlos with roles in TV series. However, it is worth noting that in 2016, Valdez decided to try himself as a producer. In this role, he performed as part of the short film "The Letter Carrier".

The young talented actor appeared on TV screens in 2014. His debut was a role in a series based on DC comics - "Arrow". Carlos played a character named Cisco Ramon. After a successful start, the artist was invited to the TV series "Flash", where he again played the mentioned character. And in 2015, the series "Supergirl", "Legends of Tomorrow", "Vixen", which are associated with the universes of "Arrow" and "Flash", began to be released. In these projects, Carlos again appeared in the image of Cisco Ramon. Strictly speaking, it was the work in the comic series that made the actor famous and in demand. In 2016, Valdez appeared in the project "The Flash: Chronicles of Cisco", in the same year he starred in the short film "Fight Club of Superheroes 2.0". As it is easy to guess, these shows had all the same binding to the previously mentioned series "Arrow", "Supergirl" and the rest.

In 2017, Carlos tried himself as a voice actor. He again worked on a project from DC comics, which became "Vixen: The Movie". And in the same year, the TV series "Freedom Fighters: Ray" began to air, in which the artist again got the role of Cisco Ramon.

The latest works of the actor to date are the projects "Tom and Grant", "The Stew", "Freedom Fighters - The Ray". In 2019, the premiere of the film "Jay and silent Bob: Reboot", in which one of the roles was played by Carlos Valdez, is due to take place.